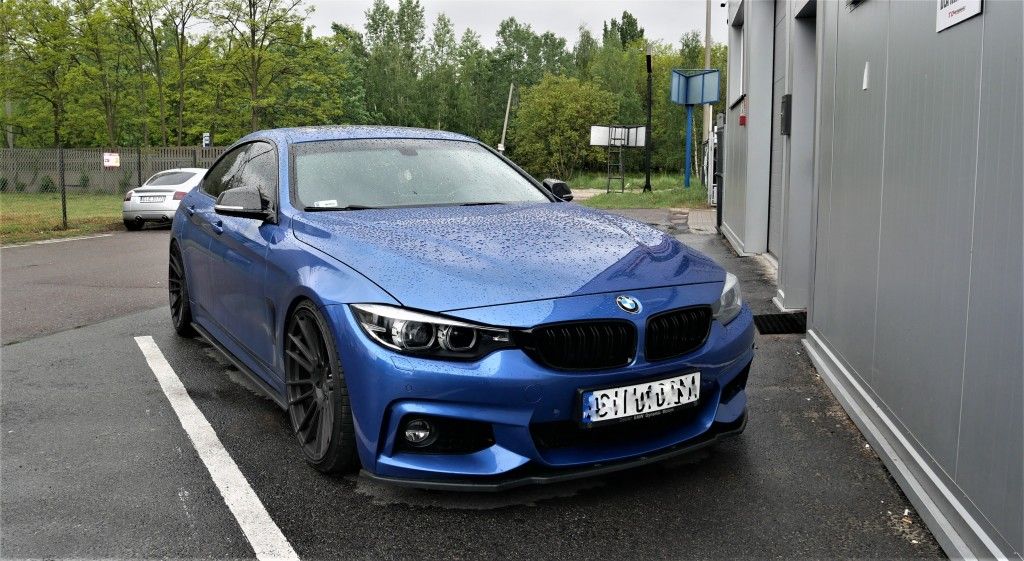 If there are the perfect shapes of a sports coupé, the BMW 4 Series Gran Coupé is the perfect benchmark. The athletic silhouette exudes dynamics, impresses with smooth lines and clearly embossed wheel arches. The unique combination of sporting aesthetics with expressive, elegant lines of the body embodies the dreams of every automotive fan, and thanks to the additional pair of doors at the rear the car has gained optically in length, and seems to be closer to the ground. The customer came to our headquarters in Łódź with a view to our individual approach to cars from Bavaria. Under the hood of this series 4 we find a 3-liter turbo unit with the designation n54. The drive for this model goes only to the rear axle via the 8-speed ZF8Hp automatic gearbox. The car was retrofitted by the owner by the owner with a number of modifications such as the TC-Turbo hybrid turbocharger, the more efficient Wagner Competition Evo 2 intercooler, a complete exhaust with a catalyst-free downpip, and AEM methanol water injection. 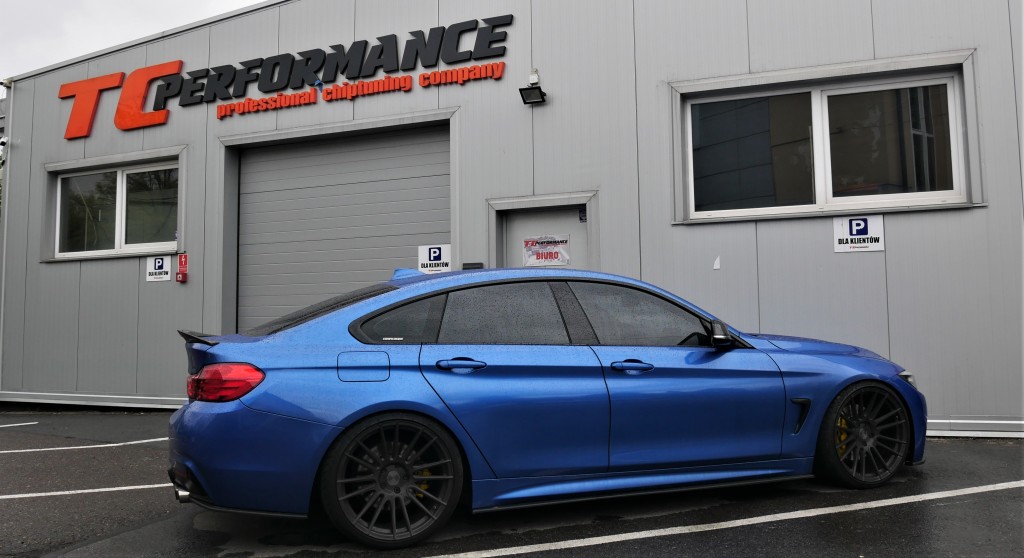 The main differences between the N55 and its predecessor N54 are the use of a single turbocharger, the addition of Valvetronic and the modernization of the fuel injection system. The N54 uses a dual turbocharging system, however the N55 uses a single twinscroll twin turbocharger. Valvetronic (variable valve stroke) is designed to improve throttle response and provide high torque from the very bottom. Design changes in the N55 unit allowed for lower emissions and reduced fuel consumption by 15% compared to N54. Another difference is the use of solenoid type injectors instead of the piezoelectric injectors used in its predecessor N54. The new design of the exhaust manifold, called BMW Cylinder-Comprehensive Manifold (CCM), eliminates manifold pressure fluctuations thus minimizing throttle delay. 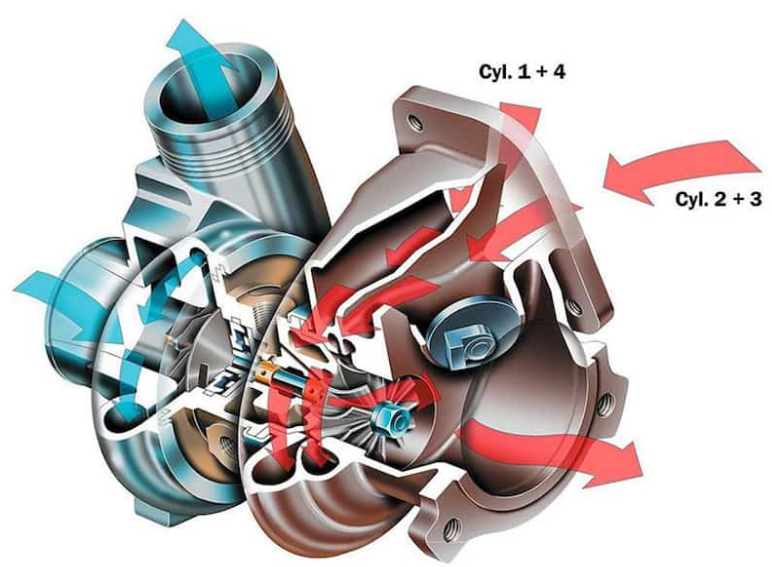 The use of twinscroll technology has made it possible to improve the operation of a single turbocharger system by using two exhaust channels. Thanks to this improvement, the exhaust gases acquire a high speed, which is further increased by the conical, tapering shape of the divided channels, which then hits the compressor rotor. The dynamics of gases noticeably enliven the turbine and the back pressure decreases. To limit back pressure, cylinders 1-3 (bank 1) and cylinders 4 - 6 (bank 2) form two outlet channels. The exhaust gas in the exhaust ducts (1 and 2) is directed to two turns (spiral) inside the turbocharger to drive the turbine wheel. This system enables optimal use of exhaust dynamics to generate boost pressure based on the ignition order of the engine. This improves engine efficiency by increasing throttle response and reducing unwanted turbo lag.

After a few hours spent on the dynamometer, our proprietary STAGE 3 software has been optimized to the appropriate, safe values. The exhaust temperature parameters have remained within a safe range. Such an individual approach to chip tuning is a priority when tuning such a modified vehicle. Chiptuning carried out in our company allows pure joy of driving a car with greater power without fear of unexpected complications in the form of breakdowns. 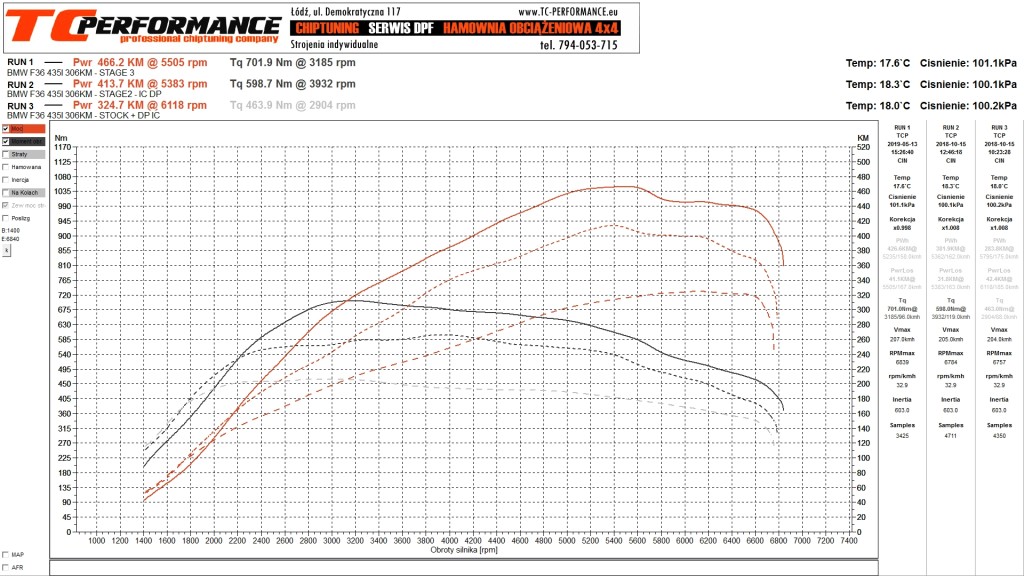 The car after our modification STAGE 3 CHIPTUNING BMW 435i radically changed its face. Harware modifications and the time spent on software optimization resulted in a very powerful increase in engine parameters in the full range of its work. The performance of the modified F36 is closer to the cars of the M division than the "civilian" BMW models. At the customer's request, we launched the Pops & Bangs function in the car in the hard option. This means a very brutal salvo of shots from the exhaust system after each shot of the accelerator in sport + mode. The car with the sound of the engine, according to the customer's preferences, sows "terror" on the road, and thanks to the lowered suspension and 20-inch rims it looks extraordinary. For this F36, the unusual dynamic performance of the body is followed by unusual performance on the road. 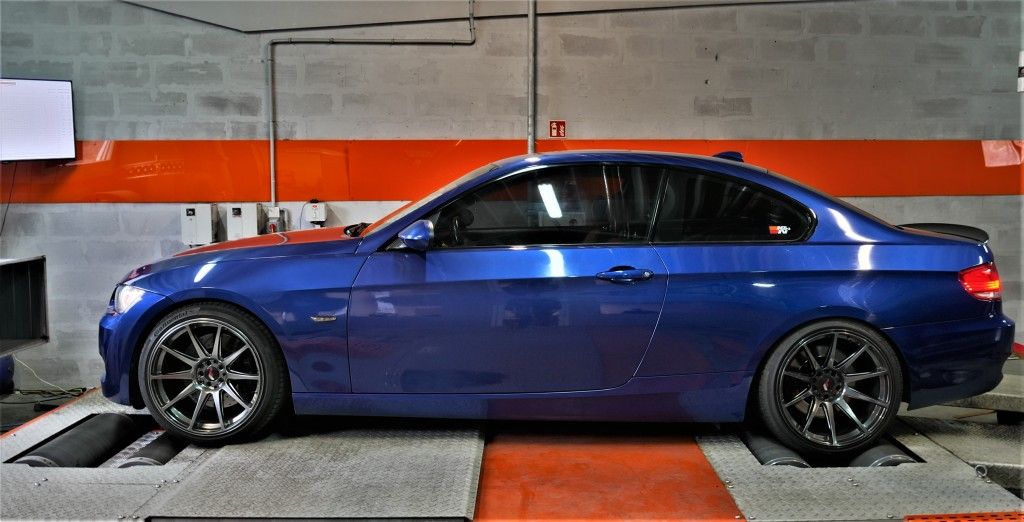 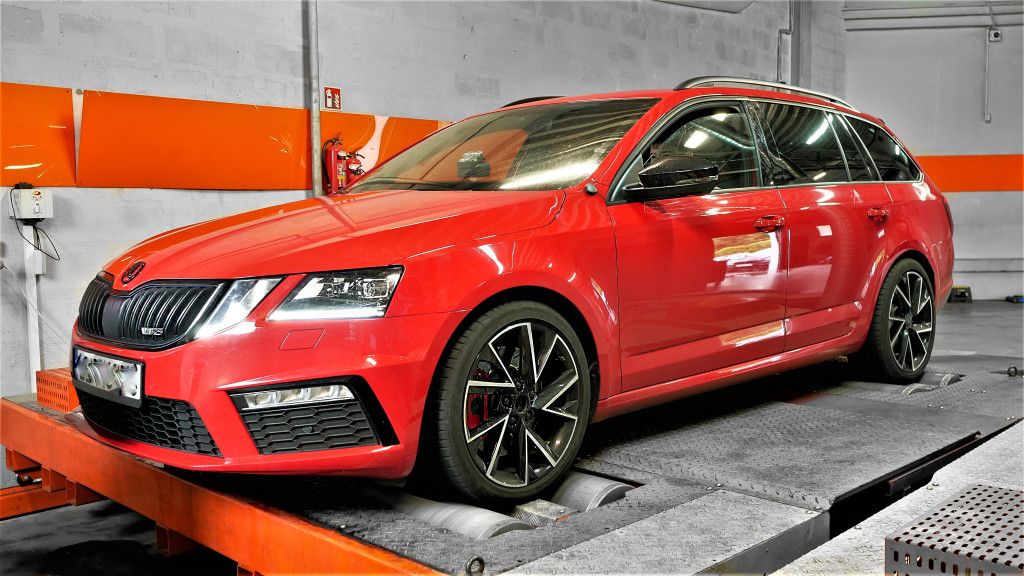 CHIPTUNING FILE SKODA OCTAVIA RS 2.0TSI 245HP - WORK EFFECT
The result of the work is a significant improvement in the dynamics of the car in...